Today I spoke at my first international symposium (albeit from the comfort of my own studio in Los Gatos)! I was surprised when out of the blue, Giuliano Reis (symposium chair from University of Ottawa) contacted me for permission to use my photograph for the symposium’s poster and more surprised still when he asked me If I might speak at the symposium as well!!! At first I was a little intimidated: Crossroads of Environmental and Science Education – what did I have to contribute?  The more I thought about it the more I realized that we were all concerned with communicating our ideas.

Artist are particularly skilled at identifying engaging images, laden with symbols and metaphors that communicate directly to the heart and tug at the deeper recesses of our minds for truths we already hold dear. I spoke about what that barnacle encrusted bottle in the poster represented to me, a triumph of the marine environment to overcome and even appropriate the trash we throw at it. The fragile glass bottle symbolizes not only a human technological achievement but our frailties and by throwing this into the sea our wanton disregard for the environment. It’s a symbol of hope in the face of our carelessness. What makes the image work though are other aesthetic elements: disparate combination of elements (barnacles and bivalves living in and on something that is not natural to the ocean) beauty, a pleasing palette, the bottle symbolizes the human element – which is important to engage people on an accessible, personal level. I guess a key to a powerful image that will stay with you is that it should not be didactic, it should just layout some things to mullover and puzzle out in your own head. Nobody wants to be told what to think. Everyone needs to come to it on their own journey. 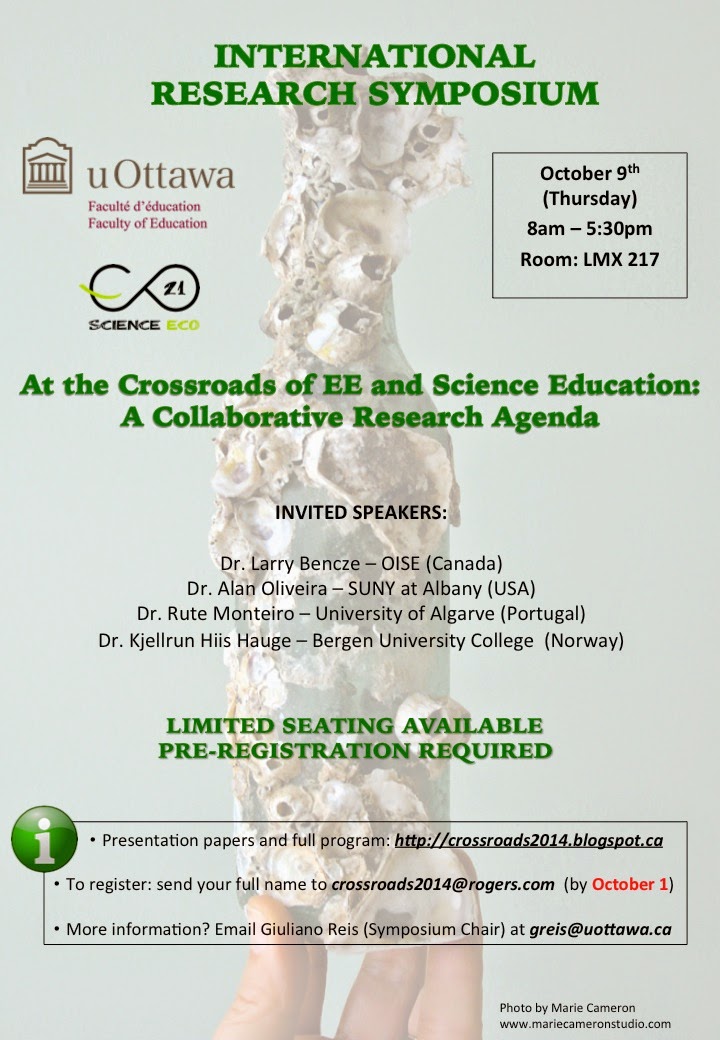 At the end of my talk I was asked if I considered myself a scientist. I said I was a keen observer and perhaps in this amateruish way I had something of value to say.  The questioner then told me it was meant to be a rhetorical question and that I was definitely a scientist! What a sweet thing to say!

This honorary scientist is thinking that if more of us discovered our inner artist and our inner scientist the world would be a way better place!